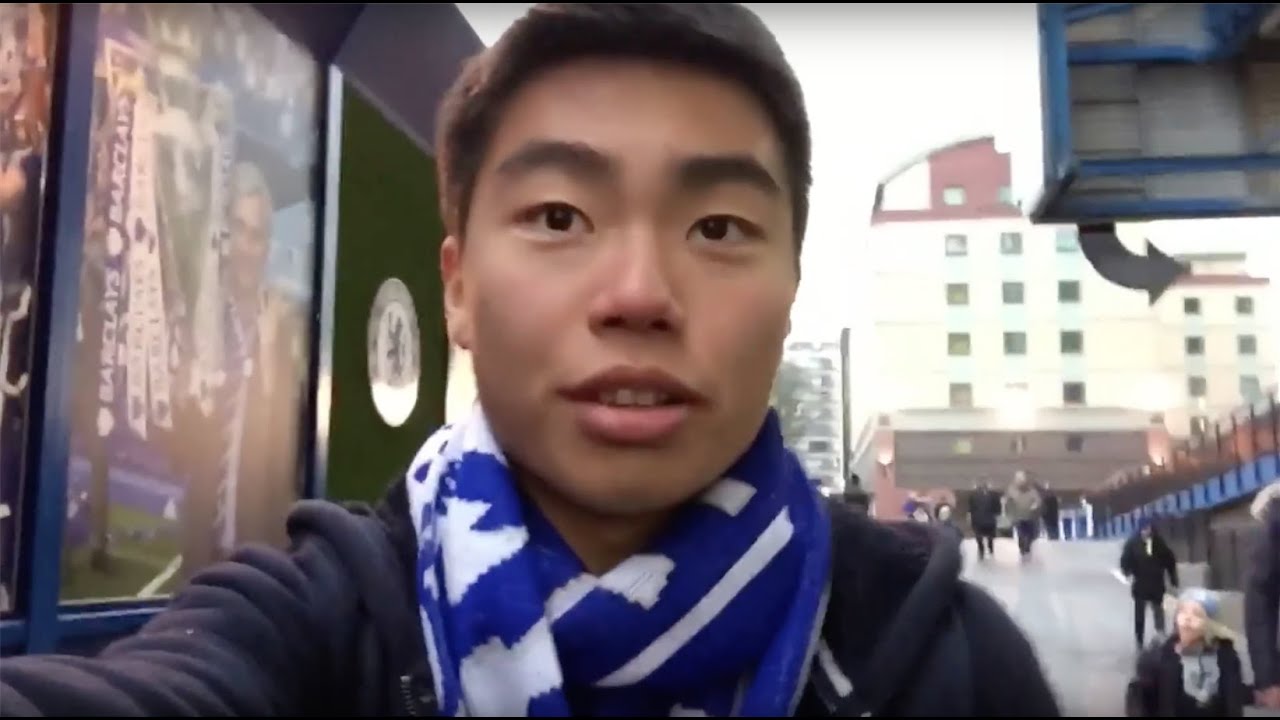 An incredibly happy day for me. Truly a dream come true. I have honestly been dreaming about this for the last 8 years. And what a game it was to have as my first ever Chelsea game!

Add me on Google Plus:

(A longer description will follow, but probably after I come back from the UK. I kinda want to make the most out of my time in the UK. Thanks for understanding.)

Don’t worry, I have TONS to write about 😀

I’ve just been going through my old videos, and I realised that I never completed the description for this vlog aha. So without further adieu, let’s go!

As the title reads, this was the first time that I have ever been to Stamford Bridge! I have been waiting for this day for my entire life, and I learned that day that dreams so come true! Before I go on with the description, I just want to thank my brother and my parents for making my dream a reality. I know it was very difficult to get tickets for this game (as some of you have expressed in the comments) so I appreciate everything that they have done to acquire them.

In terms of the experience itself, I will never forget it. When I got off my taxi (near the smaller Mega Store where I hold up my match day magazine), I was buzzing to see the stadium with my own eyes. And it did not disappoint. All those clips that I had watched on YouTube and on ChelseaTV were forgotten as I awed at the glory of the stadium that I was looking at. It took me a while to even register that this was real, and it was happening. Even now, I can remember that starstruck feeling that I got.

Seeing the stadium and entering the stadium are two different experiences. After looking around at the Mega Store and walking around Stamford Bridge two or three times, I was ready to go in. So my brother and I got our tickets out by the North Stand and showed them to the person there. We were caught off guard when he suddenly asked us how much did these cost? These tickets were actually sold out when I was looking into the game, so I had to buy these off a third party reseller, for a considerably higher price than usual. So we told him the truth, and he told us that there is a chance that these tickets were fake. I will never forget the gut-wrenching feeling that I got. I had travelled all the way to England for the first time in 10 years, and I was about to have my dream ripped away from me. I was scared and nervous as we approached the entrance. Eventually, I built up the courage to scan the ticket onto the machine. Thank the Lord. A green light flashed and we were able to walk on through. If that was where our journey ended, I honestly don’t know how I would have reacted; I would have been completely devastated.

But it appeared fate was on my side that night, apparent in the scoreline as well. 5 – 1. What a game! You have to remember as well that we as a club were playing quite poor football at the time and was locked in a relegation battle. So to watch my team win so compellingly was incredible! The atmosphere was insane as well. Before I bought any tickets, I first did my research on which stand had the best atmosphere. Everyone online responded that the Matthew Harding Stand (North Stand) was the best – and they were right! Everyone was standing throughout the game, and singing chant after chant after chant. I felt like I was home when I sang along to these tunes that I had heard on TV so much. “He hates Tottenham, he hates Tottenham, he hates Tottenham, and he hates Tottenham!” ” Carefree, wherever you may be, we are the famous CFC!” “Celery! Celery!” Honestly, I did not expect the atmosphere to be that good. I guess the performance of the team excited everyone at the stadium! Actually, maybe not everyone. The people in the East Stand didn’t seem so excited. I had read that the East Stand was more of a family-zone, so maybe people were more reluctant to chant along. I still remember when the North Stand began chanting “East Stand, hear the chant! East Stand, hear the chant!”

When the game ended, I was disappointed to not be able to stay longer than I did. After about 15 minutes of waiting inside the stadium, waiting to see if any players would come out of the tunnel, I was escorted out by security because I didn’t listen to them when they told me to leave. I even had the audacity to ask them “Could I just go and touch the grass on the pitch?”, to which they responded “Absolutely not”.

Regardless, nothing was going to make this day nothing but amazing! I am still very grateful for the opportunity that I have been given, and I hope that all of you get to go to your favourite team’s stadium in the near future! And I’d love to go to the Bridge again as well 😀