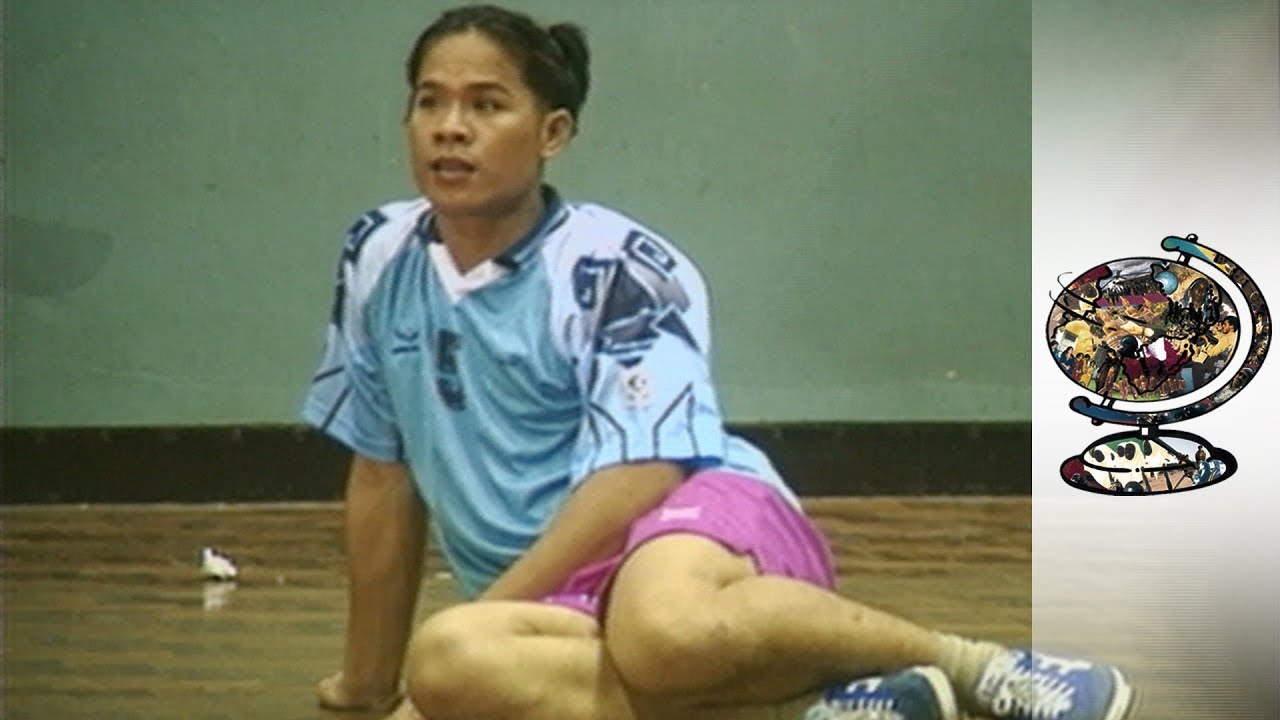 A Different Ball Game September 1996
An intriguing report on Thailand’s transsexuals, from the catwalk to the volleyball pitch.

At a late night beauty pageant, glamorous models parade the catwalks clad in silk, sequin dresses. But curly hair piled high, mascara and diamond earrings can deceive. These 6 foot stunners are transsexuals or ‘Kateoys’ as they are known in Thailand. And when they are not gracing the catwalks, they’re playing volleyball! Meet the ‘Iron Ladies’ – volleyball champions who took on the best mens team and won. Their sponsor delights in their transsexual versatility – the ability to “attack hard and receive softly”. The team’s two stars share a flat in Bangkok’s suburbs and talk of discrimination both in the workplace and in volleyball. Despite winning gold medals, selectors say Kateoys cannot be considered for the national team because it is bad for the country’s image. But the Somchai Prasertsiriphand from the Sports Authority says “they should be able to do what they like”.