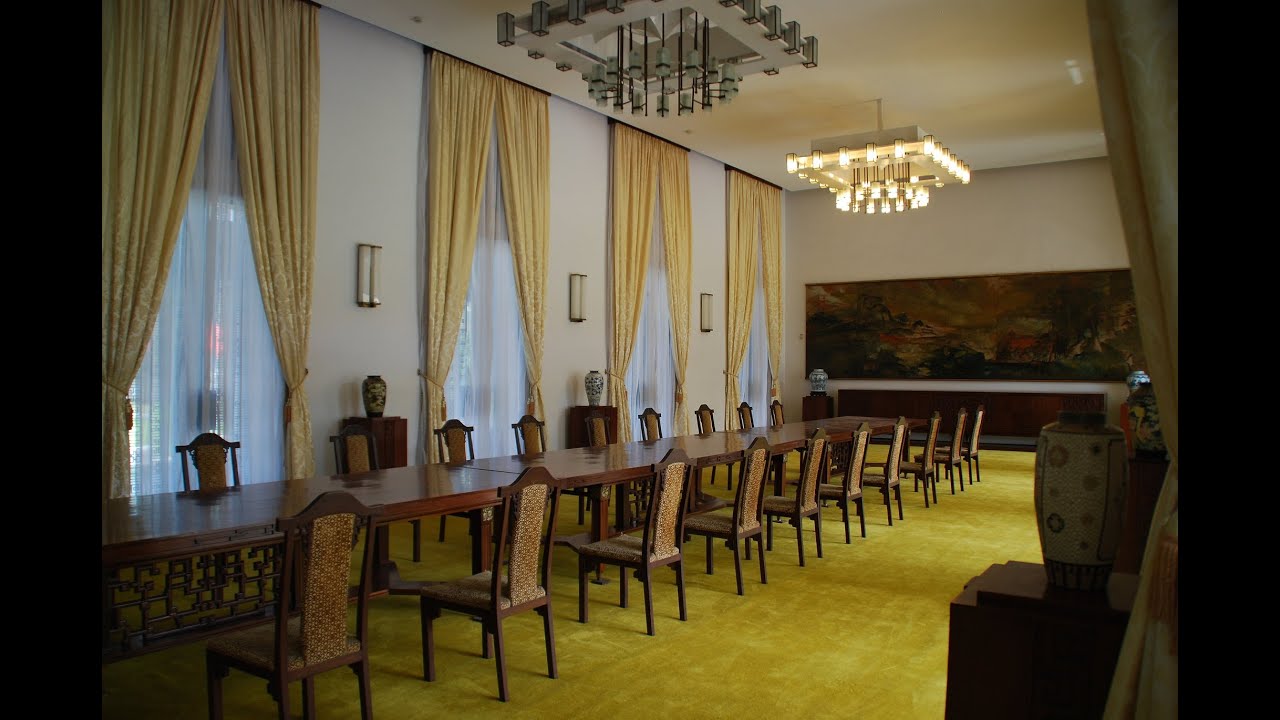 The President of South Vietnam lived and worked here until the Fall of Saigon in 1975 when North Vietnamese tanks crashed through the front gates and the president surrendered. The inside seems pretty much untouched since that time. You can see the war planning rooms, receiving rooms, dining rooms, bedrooms, movie theater, kitchen and the secret passageway that goes 2 kilometers underground to the airport. In 1962 two air force pilots bombed the palace instead of bombing the Viet Cong-one wing was destroyed but the president and his family survived the assassination attempt.