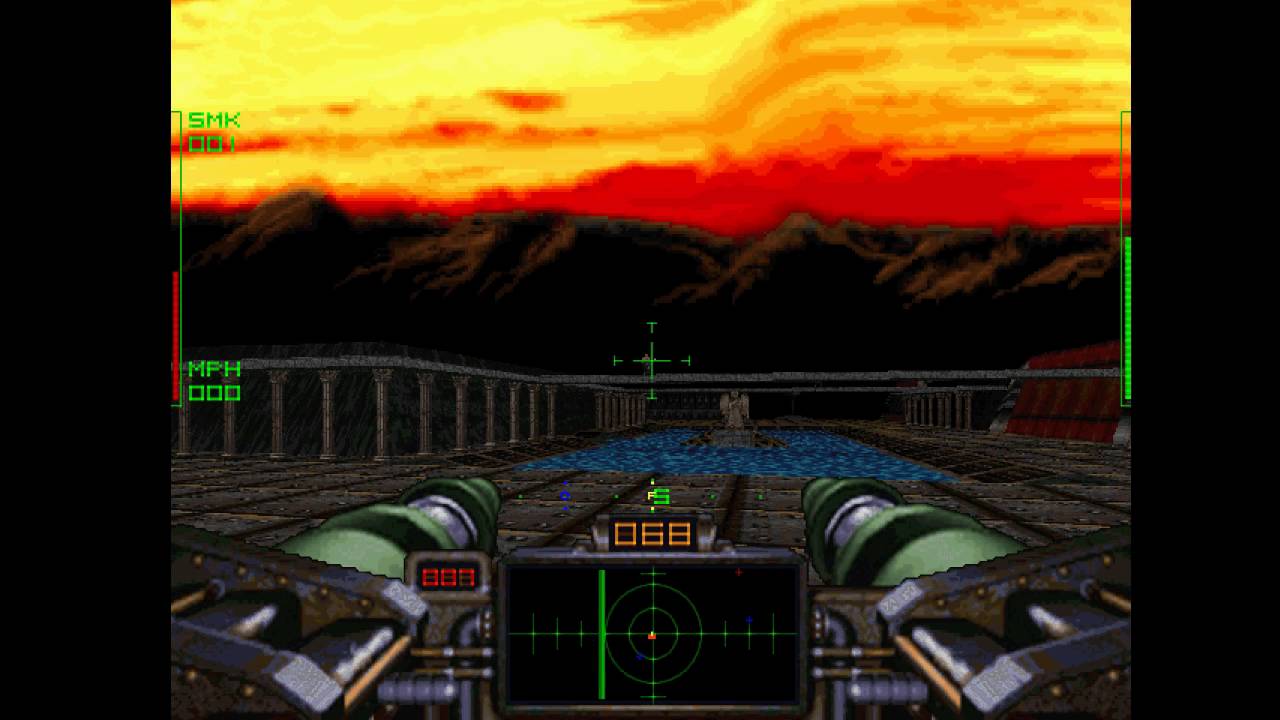 Cars! Guns! What could go wrong?

Here we have Raven Software’s 1996 entry, and their first Windows game (which made it more difficult to run on modern systems), Necrodome. An arena shooter with vehicles! …And so far, there’s really not much more to say about it than that. You get choices for where to begin the game, but are quickly railroaded down a single path. A majorty of the combat takes place inside the car, which you should protect at all costs because once it is gone, you don’t stand much of a chance. As Skeeter put it, “never get out of the car.” Unless you have to, and there’s a few points where you will.

The controls are pretty complex, and not altogether intuitive. But once you start figuring things out, the game seems to be straightforward enough. Find the switches to open the doors to get the flag to take it back to your base. And then you win. YAY! Not exactly an overlooked classic, but an interesting, and fairly obscure game, none the less. — Watch live at