How to Play Bocce 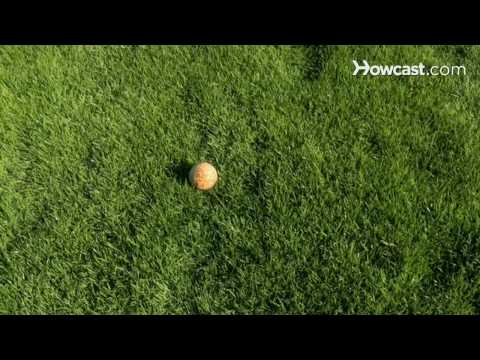 Imagine a game almost anyone can play that combines the best of skee-ball, bowling, and shuffleboard. Welcome to the ancient sport of bocce.

Step 1: Find friends to play with
Bocce is the kissing cousin of other games like petanque and lawn bowling, and it’s pretty simple. Grab as few as two and as many as eight people, and divide into two even teams, Team A and Team B.

Step 2: Get the right gear
Get a set of bocce balls, and find an open outdoor space. If you’d like to play at a bocce venue, visit sites like “joyofbocce.com”: and “ibocce.com”: to find a local court — or even information on building your own.

Tip
You can purchase bocce sets online or at your local sporting goods store.

Step 3: Get started
There are lots of variations, but the easiest way to play is called “open” bocce. A member of Team A throws out the smallest ball — known as the “pallino” or “jack” — which acts as a marker. The same person gets the first chance to throw one of their larger balls as close to the pallino as possible.

Tip
Use an underarm throw or roll the bocce balls.

Step 4: Alternate turns
Now, Team B gets their chance to throw a ball as close to the pallino as they can. The play alternates until all the larger balls are gone. Whoever lands closest to the pallino wins that set, making them the “in” team.

Step 5: Count up the score
After all the balls have been thrown, the “in” team scores one point for every ball that’s closer to the pallino than the other team’s best ball, meaning the one they got nearest to the pallino.

Step 6: Start another round
After the score is counted, the balls are gathered up and the “out” team throws the pallino to start another round. Play continues until one team scores a set number of points, usually about 13.

Step 8: Use strategy
What’s that? You accidentally knocked the other team’s ball out of the way, bumped the pallino to a new position, or surrounded the pallino with your team’s balls like a fortress? Play both offensively and defensively to become a bocce master.

Did You Know?
The Italian military leader Giuseppe Garibaldi is widely credited with reintroducing bocce into popular culture in the 1800s.