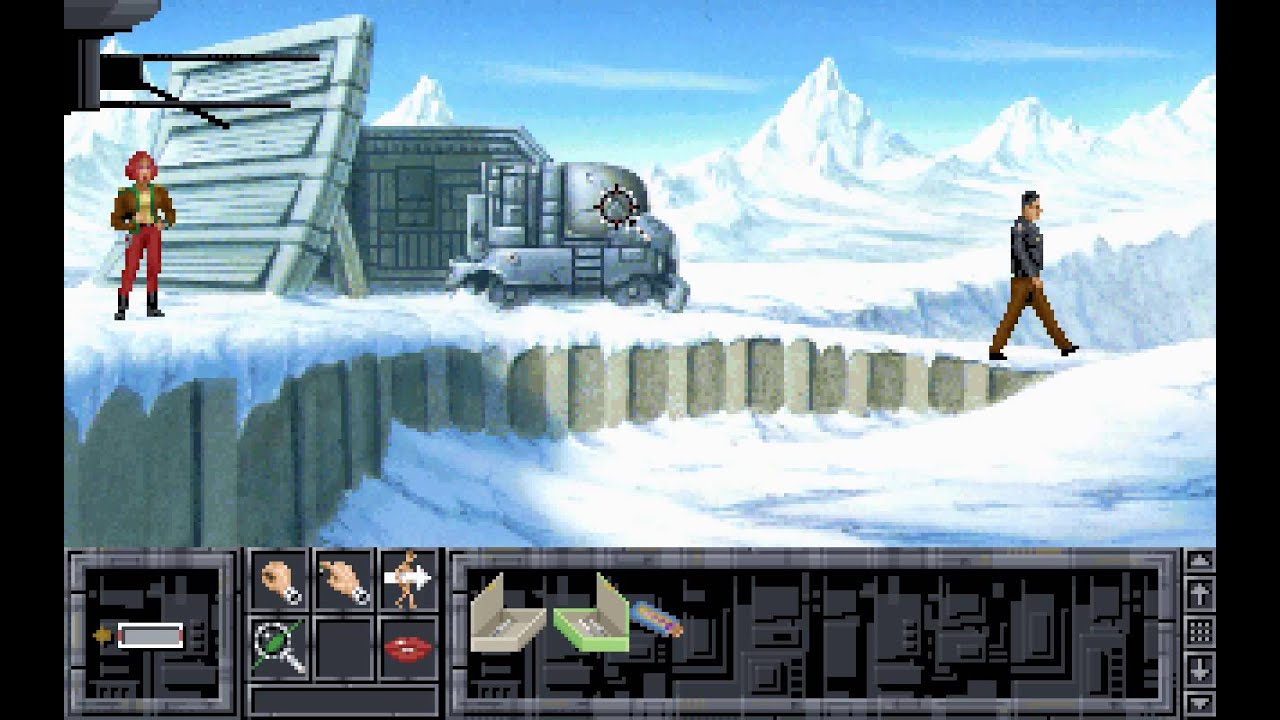 Guilty aka Innocent Until Caught 2: Presumed Guilty is a point & click adventure game developed by Divide By Zero and released in 1995. It was released two years after the original game that was also released for Amiga in 1994. This full talkie sequel is DOS exclusive.

Average game. Graphic and music quality are decent and I like that there is lots of character interaction, but none of the characters seem to have a lot of interesting things to say. Attempt at comedy is not really working for me. Plot isn’t very exciting and progression is random. Traveling into different environments to stick different items into different objects and then fiddle with other random stuff in another completely unrelated environment. The game has two characters to choose from. Both have different objectives, but some parts are completed the same way with both characters.

Technical execution seems rushed. Voice acting varies from poor to average and mastering of voices is poor. Some characters are almost yelling, while others mumble very quietly. I hate the interface! For a 1995 game I don’t see why there has to be so many commands to use. Hadn’t they learnt anything in eight years after Maniac Mansion was released? Everything could be done with two mouse buttons and without a command menu. What’s even worse, is how items are used. Sometimes an item has to be picked up and held in hand to use it. Sometimes, for not any clear reason, an item needs to be first placed in the inventory and then the use command has to be selected to actually use it. With every single item the player has to go through trial and error, whether or not hold or use an item to make it work. What were they thinking!?