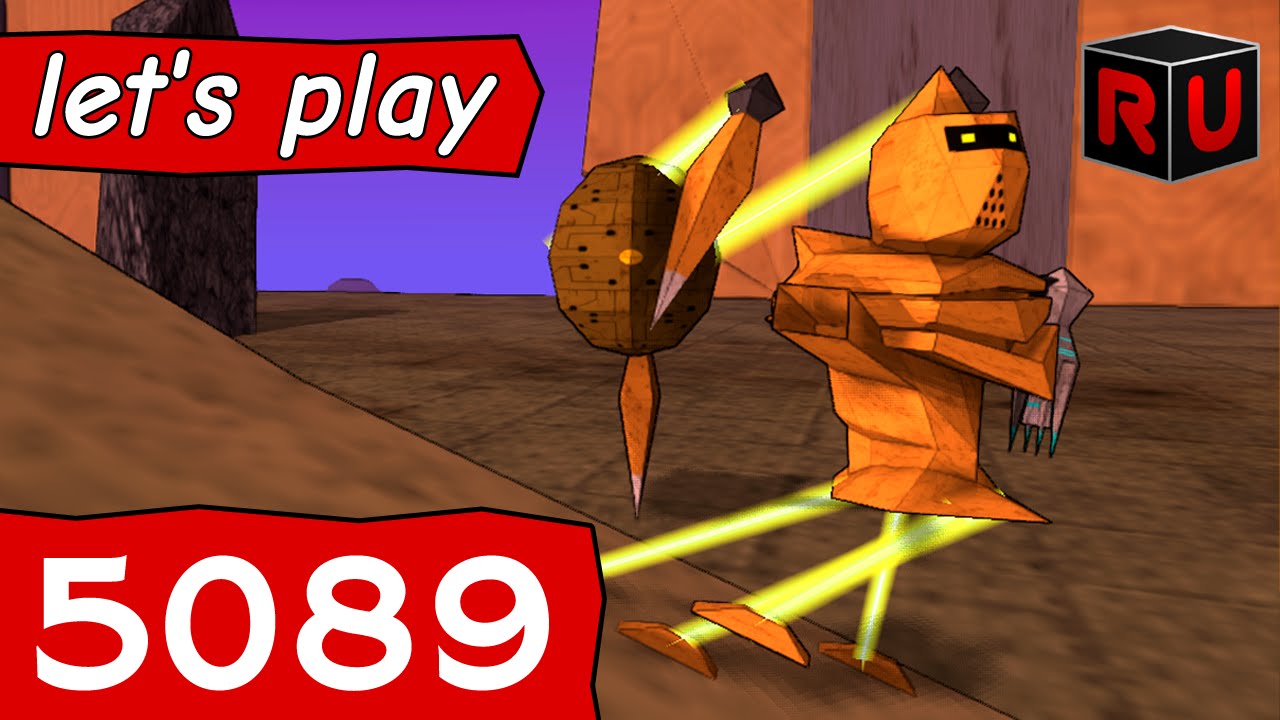 We revisit the planet Xax in “5089: The Action RPG”, a sequel to the unusual and cool low-poly 3089. It’s a kind of expanded remake, set 2,000 years after the original and with the planet Xax starting to fall apart.

In 5089, you are one of the orange robots, fighting a perpetual war with the purple robots. Each robot army has its own bases where you can use terminals to buy weapons, get quests and do more stuff as 5089 opens up.

5089 gameplay offers a new plot that follows on from 3the original game (and related game 4089), with a lot of the same gameplay from the original but expanded in every way with more content, quests, skills and that.

In our let’s play 5089 gameplay video we play the first 30 minutes, seeing how to get quests and weapons, how to blast other robots and how to chase rogue probes! We also check out 5089 vs 3089, seeing what’s new and what’s the same.

After the mysterious events in the year 4089, the Overlord hasn’t been heard from for the last millennium, and so the experimental robots have continued to wage war according to their program. Without the Overlord to repair the damage, Xax has fallen into a state of chaos and dereliction. However, a shadowy new power has risen… how will your presence turn its fate?

Shoot, sneak, build, talk, slash, buy, sell, fly, swing, hover, scavenge, teleport & conquer your way through an endlessly generated planet. You can do it all with a friend, too. 5089 includes a rework of 3089 & does not require the original to play.

Play 5089 with any SteamVR device, including the Oculus Rift or HTC Vive. Want to sit, stand or use your whole room with tracked controllers? 5089 will work with what virtual equipment you do (or don’t) have!

Dialog System: 5089 doesn’t just have a new story, it has a new way to interact with it. You’ll be talking with your fellow robots & more, and what choices you make will have consequences…